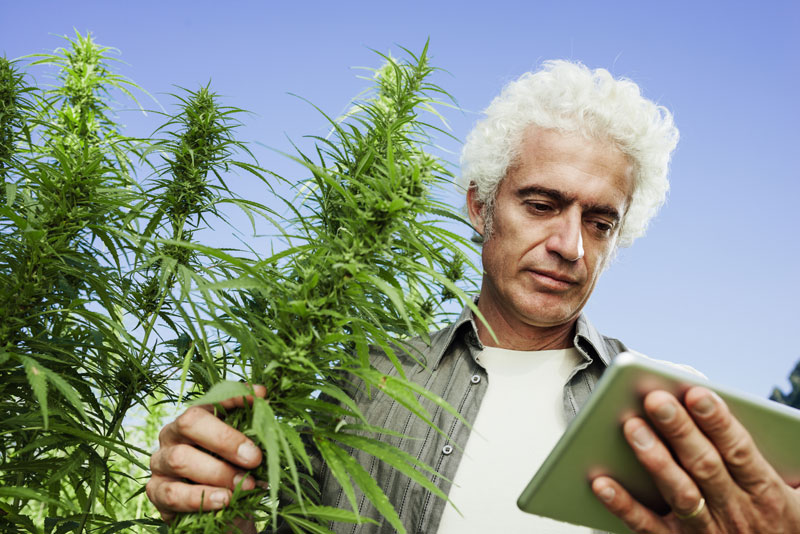 Sometimes it seems like everyone working in the cannabis industry is a smooth-talking, outgoing sales worker. While these individuals carry a significant portion of the industry’s weight and represent the face of the distribution sector, they make up only part of what can be referred to as the “cannabusiness.” The best marijuana jobs for introverts can be just as rewarding as those for more outgoing individuals.

When the industry is put under the microscope, we can see how vast its reach is, even with how new it is. Recognizing that the industry is made up of more than just growing and budtender jobs, more and more opportunities to find sustainable careers working with and around weed are beginning to appear.

Starting with one of the more entry level prospects, marijuana trimming jobs are worth pursuing for those dead set on working hands-on with cannabis flower. While trimming can arguably be filed as a cultivation job, it is different from other positions in part due to its solitary nature and is one of the best marijuana jobs for introverts.

Bud trimming is the process of snipping away excess plant matter from the mature cannabis flowers. Flower is where the highest concentration of cannabinoids like THC (psychoactive) and CBD (non-psychoactive) are located, as well as terpenoids like terpenes, which carry aromas that entice customers and ward of plant predators.

When cannabis is harvested, often times the colas will be removed from the rest of the plant in sections. After the larger fan leaves are snipped away, trimmers start to work on the smaller sugar leaves. These leaves contain a dusting of crystals. While they do contain THC and CBD, they are not very beneficial to smokers. Instead, the extra plant matter left over (known as trim) can be turned into cannabutter or cannabis concentrate to be used in edibles.

How is Trimming Suited to Introverts?

One thing you may have heard about trimmings jobs is that they can be mundane. While it’s true that trimming is a repetitive task, many trimmers consider this their favorite aspect of the position, aside from getting to work with weed. Trimming is a solitary pursuit and many trimmers listen to music during their shifts since they don’t have to interact in any customer service duties.

Especially for introverts who can keep focused and motivated, trimming can lead into a fairly lucrative entry level job, making it one of the best marijuana jobs for introverts. Though many trimming jobs start around $12-15 dollars per hour, some positions pay by weight, allowing for experienced trimmers to make upwards of $20 per hour.

Just because you’re an introvert doesn’t mean you don’t have opinions! For journalists and other writers, being a cannabis strain critic is a dream job. The position basically entails writers to test and review cannabis products and is truly one of the best marijuana jobs for introverts.

While this job was created for reviewing individual cannabis flower strains, cannabis criticism has moved further, including a wide range of different cannabis products such as edibles, concentrates and topicals, as well as bongs, vapes, glassware and apparel.

As kush as this job might sound, it takes a shrewd individual with developed writing skills to do the job justice. When readers look up reviews, they want to hear a well analyzed pitch on why these products do or do not satisfy the critics pot palate.

The first major cannabis critic job began with the Denver Post, who hired Jake Browne as an ambassador between the cannabis industry and news publications. Not long after, the Oregonian paper began their search for cannabis critics. Other major niche publications like High Times and Culture Magazine also include reviews in their regularly published content.

How is Cannabis Criticism Suited to introverts?

In many ways, this position is the best marijuana job for introverts as the position is almost entirely a solitary pursuit. Though critics must keep in touch with the publications they contribute to, the actual process of consuming and reviewing products can be done entirely alone. Additionally, writers get to share and backup their opinions without having to give an in-person presentation, which some introverts will consider a relief.

Though the likelihood of cannabis criticism becoming a more prevalent job in the industry is high, critic jobs rarely supply writers with a full time income. Even the higher paying publications still cannot afford to award writers high payouts, however, for some critics, this job is their main source of income.

Concentrates involve the use of solvents to strip out only the good stuff: THC, CBD, terpenes, and leave the harsh plant matter behind. The finished product can be oily, sticky, crumbling, glassy and can be used to smoke, vape or infuse.

Concentrates contain high levels of THC and are important for the medical marijuana community since they support a more consistent high.

Extraction technicians use their advanced studies in chemistry and experience using solvents like CO2 and Butane to extract compounds. While this is one of the best marijuana jobs for introverts, the job carries a high potential for danger, as there is a risk of fire. Therefore, those with a background working in a lab with cannabis are especially suited to this position.

How is Cannabis Extraction Suited to Introverts?

Working as an extraction technician may involve occasional interaction with other lab staff, but generally, the work atmosphere is independent and requires a lot of record keeping and maintaining focus for long periods.

Given the demand for concentrates and the job description, extraction technicians are healthily compensated, with many of them making six figure salaries for their work. This job could be viable for introverts who don’t mind being part of a team, as long as the position itself is not overtly based on service.

One of the most fertile sectors of the cannabusiness job market lies in web development. Websites and apps that optimize the consumer and the employee’s experience are cropping up for the food, transportation and hospitality industries–and now, cannabis.

Appearing out of the uncertain success of recreational legalization, dispensary aggregation websites like Leafly and Weedmaps have become the first dominating online presences in the online cannabusiness.

Apart from these two, there are a smattering of other credible and successful weed apps, but there is a lot of room for development, especially as adult use legalization measures are exponentially passed into law.

Using the term broadly, web development can encompass the creation and upkeep of websites, apps and other online forums. Marijuana legalization and technology advancement were fated to go hand in hand since both movements were formed and strengthened on America’s west coast in California and the Pacific Northwest.

As cities like San Francisco, Seattle and Portland continue to lead the web development sector, this legal weed cities will be the perfect ground to advance user friendly, lucrative cannabis applications.

How is Web Development Suited to Introverts?

Whether you’re coding or designing a website, web developing is done primarily alone.  Work is carried out on a computer or other device and can be completed with or without employer supervision.

Successful web developers who receive “passive” income may find they can support themselves financially without any direct sales interaction. As for as jobs in the weed world go, web development positions average significantly higher salaries than sales jobs like budtending, but this of course varies on position.

Surprisingly, being a developer in the cannabis industry is becoming an avenue through which some individuals and businesses are acquiring major credibility and power in this niche industry. The high payout possibilities and self-starting nature of web development makes it one of the best marijuana jobs for introverts.

Those beautiful buds you see in magazines like High Times don’t look like that all on their own. Like any successful model, cannabis requires skilled photographers to sell the product and represent the current state of cannabis culture.

Photography is integral to how the subject is interpreted, so the process of marijuana photography cannot be underestimated.  Everything from dispensaries to cannabis publications desire high quality photos of cannabis that can be used to entice customers and attract readers.

Cannabis photography jobs are beginning to flourish thanks to the ever increasing demand for qualified photography professionals.

While there’s no need to get into the nitty gritty of how to compose a picture, cannabis photography demands an artist with a good eye and attention to detail. Just think about it: pictures of buds and cannabis plants are fairly run of the mill when treated like a weed, but a creative photographer can highlight the extraordinary qualities of this unique plant.

How is Cannabis Photography Suited to Introverts?

Photography can be a reasonably solitary pursuit, especially when the only models involved are green and can’t speak. The process of taking the pictures, editing and developing or printing them can all technically be carried out by one individual, which is perfect for those who like to be in control of their projects.

I’ll start off by saying that being an edibles chef is more than baking brownies. Edibles production kitchens are science labs for cooking delicious treats of every distinction and infusing them with cannabis.

While the addition of cannabis is an essential component, edibles chefs are chefs first and foremost. Part of what is truly revolutionary about the edibles creation process is how diverse the spectrum of end products can be: everything from salad dressing to gummy bears and fruit juice can be made into a vessel for THC and other compounds.

Like every other sector of the marijuana industry, edibles creation is highly regulated and involves the utmost compliance with federal, state and municipal legislation. Since cannabis industry employees are not allowed to be intoxicated by THC at work, chefs aren’t actually able to taste their products once the cannabis has been added.

How is Edibles Creation Suited to Introverts?

Edibles creation is not always an entirely a solitary pursuit, especially at the entry level; however, baking and cooking edibles is a job that requires a lot of personal accountability and independence in creating a consistent product. This is why it is one of the best marijuana jobs for introverts.

Interested job applicants for edibles chef jobs should go in knowing that the position requires past experience working in professional and commercial kitchens. Many edibles chefs have culinary and pastry school experience, which adds credibility to a potential chef’s ability to think on their feet.

The payout for senior level edibles chefs varies, but can reach anywhere from $40-60,000 per year and more. For edibles chefs who also own their own business, or have shares in a  successful production kitchen, the compensation can be significantly higher.

More Where That Came From!

The cannabusiness is uniquely suited for introverts and extroverts. While the positions listed above are some of the most intriguing jobs out there, there are plenty positions out there for introverts! Increased demand for cannabis information techs, consultants and accountants further strengthens the opportunity for passionate marijuana smokers to find great jobs for introverts.