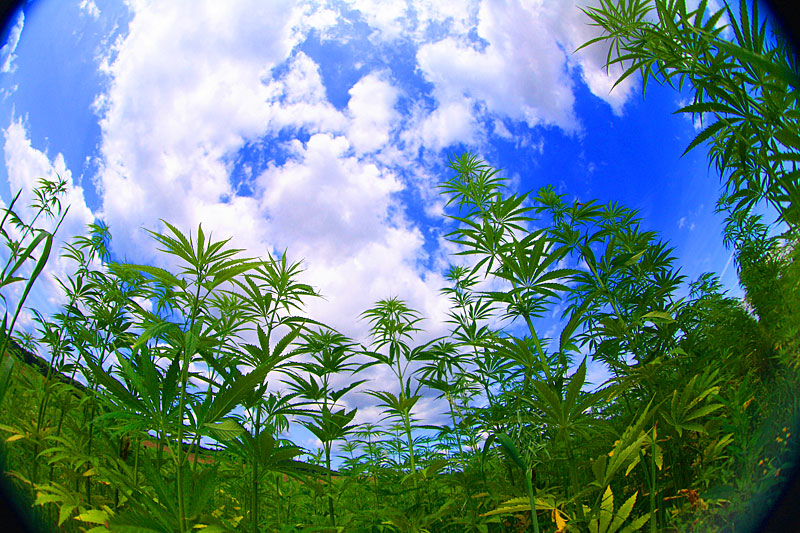 Scrolling through pages of your social media, you are likely to discover a new cannabis-themed startup somewhere in your feed. A smattering of states along the west coast have already forged strong ties between marijuana and local business, bringing in millions in revenue for several cities and municipalities.

Now, as more regions pass recreational and medical laws allowing for cannabis cultivation and sale, entrepreneurs and cannabusiness innovators are entering the competitive ring of establishing a successful marijuana enterprise.  Below, we take a look at the top 10 cannabis startups that have gained the consumer and financial backing necessary to make a significant splash in the industry.

If knowledge is power, then it comes as no surprise that Leafly is the go-to source for cannabis information on the web today. It is also our top pick for the top 10 cannabis startups. Founded in 2010 by OC web developers Scott Vickers, Brian Wansolich and Cy Scott, Leafly is the largest cannabis website in the world.

Based around a crowdsourcing model, the website receives over 10 million visitors every month seeking strain reviews, dispensary locations and even cannabis history. Spend some time on pursuing the various categories of content Leafly has to offer and you will quickly realize the high caliber of writing and research the site offers, especially in contrast to some other marijuana publications.

Leafly generates revenue predominantly via cost-per-impression advertisements. With over 40 million pageviews and a growing legion of fans, Leafly is becoming a standard by which other informational websites in the industry are being judged.

Leafly was developed at the onset of the legal cannabusiness and quickly became a main resource for locating nearby dispensaries and viewing menus, deals and more. By the time the recreational industry broke in 2014 in Colorado and Washington. Leafly was ready to take on the masses of consumers ready to purchase legal weed.

Vickers, Wansolich and Scott have since moved on to develop a new, unique cannabis resource named Headset.  As of August, 2015, the project had already raised around $450,000 dollars. The product essentially offers research tools for customers in the cannabis supply train.

Hailed as the “Uber for weed,” Eaze is San Francisco’s foremost medical marijuana delivery website and number 2 on our list of the top 10 cannabis startups. Launched in 2014, the site allows medical customers to order products online, track their driver’s progress and pickup their cannabis within minutes. Another California-based company, the Bay area’s Eaze has significantly expanded in recent years to include many more cities across the state.

Recently, the startup has broken major ground by including an inexpensive option for obtaining a medical marijuana card online – also within just several minutes. CEO Keith McCarty posits that Eaze is a platform that posits accessibility and professionalism of the cannabis industry. By late 2016, Eaze had raised more than $25 million dollars with plans to expand into a larger market as more states legalize cannabis countrywide.

Eaze is considered to be one of the more financially successful startups in the industry as it has gained an incredible amount of capital support and consumer growth in a short period of time. Claiming over 200,000 customers, Eaze’s system of employing drivers is commensurate with other delivery apps (Uber, Lyft) and websites on the market today. As of now, Eaze is free for customers and is unmatched by similar startups appearing online.

Our number 3 pick for the top 10 cannabis startups originated from a desire to express cannabis content on social media, without certain parties being able to view it. MassRoots ounders Isaac Dietrich and Tyler Knight apparently feared their grandmothers seeing them take “bong rips on Facebook.”

First released in July, 2013, the app was eventually banned from iOS App Store in November, 2014 once it broke into the top 200 fastest growing social networks. The then-permanent ban was extended to all cannabis apps, which sparked outrage among the community of nearly 200,000 MassRoots users. With around 10,000 individuals writing in to Apple to proclaim their dissatisfaction, the ban was eventually reversed in February 2015 and MassRoots was back to being on top.

As a publicly traded company, MassRoots was finally able to regain momentum and begin monetizing through advertisements. Bringing in around $60,000 in just the first 6 weeks, the network now has around 900,000 users and is growing daily.

Like many other burgeoning weed apps, MassRoots focuses a lot of attention on strain review and conversation to engage its audience. Visiting the MassRoots website, you can view strains based on Plant Type, Flavors, Effects and Conditions.

Just as budtending hits its stride, it appears there is already a virtual replacement for purchasing pot on its way! Next up on our list of the top 10 cannabis startups: Potbiotics have presented PotBot, an app that compiles the user’s unique information to suggest the best products to meet their characteristics and requirements. And it doesn’t stop there! The app will also recommend nearby dispensaries that carry your optimized strains and products.

At present, PotBot is available as a both a mobile and desktop app. Additionally, designated PotBot kiosks are accessible in some locations to get suggestions in minutes for which cannabinoid levels and strains are right for you. PotBot even goes so far as helping to set up appointments with medical cannabis clinics.

Potbiotics was founded in 2014 by David Goldstein. So far, the company has raised over $2 million in debt financing. In addition to PotBot, Potbiotics are developing other industry technology, mainly for B2B ventures within the cannabis supply chain.

With a staunch Growers First mentality and an affirmative name to match, GrowBuddy is a mobile app to help growers track and record the cannabis life cycle. This is our number 5 selection on our top 10 cannabis startups compilation.

In addition to offering guidance, GrowBuddy is unique in that it also takes historical evidence to back up suggestions. The app tracks everything from the strain and age of the plant, to its feeding and nutrition schedule. CEO Rob Rusher cited an observation of “stone-age” recording devices used by most cannabis cultivators that inspired him to create software that was helpful in many different forms.

GrowBuddy posits that it can contribute to a heftier yield and draws upon real research and analytics when offering suggestions. What’s more, the strong partnership between developers and cultivators make GrowBuddy a crowd-favorite for cultivators.

Deemed as caregivers first and foremost, LeafLine Labs is comprised of practicing physicians in the state of Minnesota. As number six of the top 10 cannabis startups, LeafLine labs provides care for individuals with a variety of conditions, including: intractable pain, HIV/AIDS, epilepsy, terminal illness and ALS.

Taking a refreshingly common sense approach to medical care, LeafLine provides whole plant medicine formulations of cannabis medications. LeafLine is one of only two licensed cannabis purveyors in the state and have maintained a reputation for professional and high quality services.

As detailed on their website, the medicines are cultivated hydroponically and undergo solventless extractions for maximum health potential. the formulations include varying levels of THC and CBD to fit the needs of unique patients and their conditions.

So far, LeafLine traction is encouraging – the group have currently raised over $12 million from 113 individual investors. Like many other cannabis startups, word of mouth between patients and consumers helps to augment the potential of the business.

A natural result of the burgeoning weed industry is an increase in marijuana consulting jobs. Luckily, MedMen are here to save the day for other new cannabusinesses looking to make higher returns. Coming in at number 7 on our list, MedMen Management runs “scalable, highly efficient growing facilities” as well as manufacturing facilities and retail stores.

Where MedMen claims superiority over other management companies is in saving cultivators as much money as possible and bringing in higher profits. With operations on the American West and East Coasts, as well as Canada, MedMen features cannabusiness veterans as well as ancillary support to streamline operations.

With over 100 businesses assisted to date, MedMen are beginning to assert themselves as one of the best in their sector of the industry. LA-founded in 2010 by Adam Bierman and Andrew Modlin, MedMen has been hailed as an exciting startup to watch!

Not all of the top 10 cannabis startups are based in America – Vida Cannabis boasts world class production facilities as one of the best producers around. Much of Vida’s focus is on community building and corporate support in order to employ more individuals and create greater access to cannabis. With the main production facility based in Nova Scotia, Vida

Vida employs a hydroponic method of cultivation throughout their scalable 12.5 acre indoor facility. With heightened control systems making for stronger crops and higher yields, Vida plans to take the world by storm. Having raked in over $9 million+ in investments, we are likely to hear much more from Vida Cannabis in the future.

In response to I-502 Production and Processing rules in Washington State, WeedTraQR was developed to make reporting a whole lot easier. The WSLCB requires companies to keep track of and report different data and information in regard to sales, inventory, etc. WeedTraQR is a front-end mobile option that allows businesses to communicate with the state’s API in order sidestep frustrating software BioTrackTHC or other options.

Citing advanced software and a confidence in accessibility, WeedTraQR is early to the game when it comes to navigating the turbid waters of cannabusiness industry compliance.

Repping Seattle, Washington is the final addition to our list and one of the most interesting new startups: Printabowl. Evident by namesake, the Printabowl harnesses 3D technology to create gorgeous “elevation instruments” that are meant to be scene as centerpieces, not locked away in secret.

Just taking a look at Printabowl’s designs and it will quickly become clear that brothers and co-founders Al and Saul Jacobs are not kidding around. Both former art students, the Jacobs bros use molds made via 3D printer to create their designs. The molds are filled with cermic, then harder. Afterward, they are fired in a kiln, glazed and then are fired again before the product is finished.

The final products are visually breathtaking and surprisingly durable. WIth a fashion-forward approach to paraphernalia, Printabowl have been appearing across top cannabis startup lists across the web. At present, the duo utilize 3D printing exclusively to mold their designs, but they hope as technology to create a more inclusive 3D manufacturing process as more technology arrives.

As evidenced by the aforementioned startups, cannabis and business really do seem to go hand in hand. With major strides in consumer and business technology and services, more startups are sure to appear as this billion dollar industry canters along. Even in the midst of political uncertainty, the legal weed industry has no doubt gained its sea legs and is ready to dominate as a major player in the worldwide market.