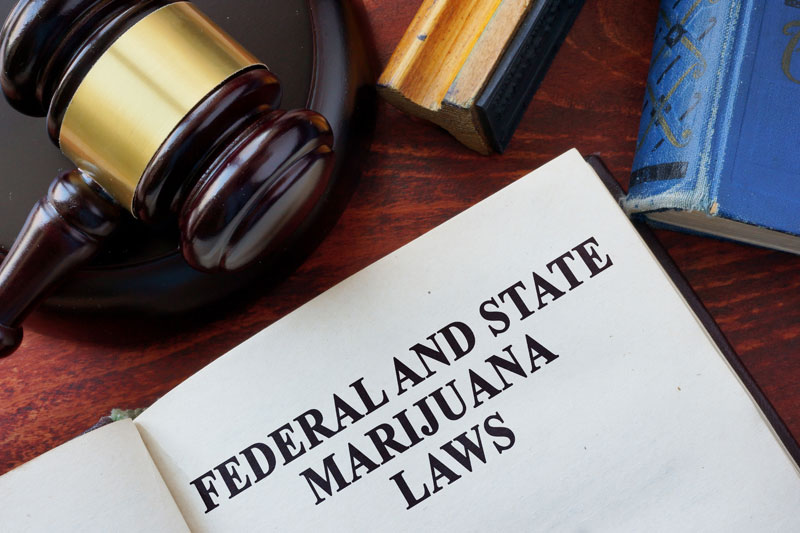 With significant cannabis reform occurring in more states across the country, recreational pot is on the brink of mainstream.

A decades-old black market industry has historically drawn wanderers to California’s Humboldt County with the promise of jobs in trimming and cultivation. Now that legalization has swept the west coast and Colorado, all eyes are watching the development of this new, stringently regulated industry.

The transition from a purely underground market to a highly taxed and complicated regulatory system for distributing pot has unearthed questions and concerns among legalization dissenters and supporters. Perhaps the most pressing question on everyone’s mind is: how does the black market really differ from the legal business?

Before digging into to the brass tacks of each side of the business, it helps to understand a bit of history surrounding cannabis. In the early 1900s, conflicts between American settlers and Mexican revolutionaries mounted as Americans sought to keep others from entering “their” newly settled land.

The Mexican revolution of 1910 increased tensions, bringing American focus toward cannabis, which many of the Mexican revolutionaries were evidently smoking. The plant, which had previously been referred to as hemp, was now called “marihuana,” which roughly translates to “Devil’s Weed” in Spanish. This racist moniker stuck and has no actual relation to the plant’s genus, “cannabis.”

This demonization of minorities continued throughout history, locking in the prohibition of cannabis in several states throughout the early 1920s. To give you an idea of just how much American racism has contributed to cannabis prohibition, refer to the following quotes from an anti-weed legislator in 1927: “When some beet field peon takes a few traces of this stuff… he thinks he has just been elected president of Mexico, so he starts out to execute all his political enemies.”

Fast forward to the Harlem Renaissance and the beginning of the civil rights era where cannabis became a tactic for culling people of color and diminishing their artistic and technological advances. Harry J. Anslinger, the first director of the Federal Bureau of Narcotics, was elected in 1930 and made outrageous claims on cannabis in order to support his career.

Below is a quote originating from Anslinger:

“There are 100,000 total marijuana smokers in the US, and most are Negroes, Hispanics, Filipinos, and entertainers. Their Satanic music, jazz, and swing, result from marijuana use. This marijuana causes white women to seek sexual relations with Negroes, entertainers, and any others” (Why Is Marijuana Illegal).

As anti-cannabis sentiments were further hammered into American culture, there was no going back to the days before prohibition, at least not for another half a century. In 1970, the Comprehensive Drug Abuse Prevention and Control Act was signed into law under Nixon, which classified “marijuana” as a schedule I substance. This classification means posits that cannabis is in the most dangerous schedule of drugs, with the highest potential for abuse and least amount of medical implications.

What is particularly sad about cannabis scheduling is that it wasn’t even the result of quack scientific findings — rather, it was purely a move based on ignorance about the substance and continued the government power play over black and Mexican Americans.

All of these developments over history forced cannabis cultivators and distributors underground. The business became a powerhouse operating above the law and bringing in massive amounts of cash for the shrewd, secretive and powerful cultivators.

Despite all of the headway in passing and regulating cannabis laws, the black market industry still controls and facilitates the majority of cannabis grow operations and distribution. While there are significant penalties to operating “underground,” some cannabis cultivators are disenchanted with recreational legalization and the promises it makes under a potentially corporate guise.

Because of the hefty taxation and government oversight that occurs on the legal market, there doesn’t appear to be a place for the black market workers who have given the industry its muscles and helped to destigmatize cannabis use. The black market industry still brings in around an expected 100 Billion dollars annually, while the legal biz brought in only 5.4 Billion, encouraging some to continue trying to fly under the radar and make significantly more money.

One of the most obvious changes legalization ushers in is product taxation. Especially with states that are less enthusiastic about cannabis from the onset, high taxation appears to be what ultimately convinces government leaders and corporate entities to allow legalization through gritted teeth.

Such taxes have the capacity to bring in significant state revenue that can then be allocated for a number of worthy causes. Unfortunately for the consumer, taxes can be staggerly high. In Oregon, for instance, there is a 25% tax on recreational cannabis products, driving the price of weed up significantly, which puts some power back into the hands of black market sellers who can charge a lower price. For the most part, casual consumers seem to accept the high taxation rates with the notion that their legal purchase will provide them with police immunity.

Since cannabis is still not federally recognized, even in states that have made recreational pot legal, most cannabis dispensaries and other operations are strong-armed into conducting only cash-based sales. Major banks still refuse to associate with the industry, increasing the rate of internal and external theft, as exclusively cash-based sales puts a dangerous target on the cannabusiness.

While the cannabis industry has been awarded somewhat of a laissez-faire approach by the Obama administration, the federal nature of banking makes it significantly difficult for owners and businesses to achieve credibility.

Additionally, it is difficult in the legal market for individuals to obtain small business loans to open a dispensary. In San Diego for instance, only a handful of cannabis dispensaries are allowed to legally operate, though there are dozens operating under the “grey” market without licenses. In 2010, San Diego’s Medical Marijuana ordinance (amended in 2011, 2014) awarded dispensary operation licenses organized by council districts.

This measure effectively made it impossible for black market dispensaries to obtain legal status. Now, some pot shops are illegally cultivating and distributing by using legality measures to get away with things like transport.

Statewide legalization has certainly caused inter-state conflicts resulting from the illegal distribution of legal cannabis into states without cannabis reform. While the west coast already maintains comprehensive cannabis legislation, Colorado is surrounded by several states that want nothing to do with cannabis legalization and seek to keep any products from crossing their borders.

Nebraska and Oklahoma have sued Colorado for this reason and are at the forefront of limiting comprehensive legalization. Colorado specifically has embraced cannabis with open arms. The state was the first to pass recreational legalization, as well as the first social cannabis use ordinance, known as initiative 300.

The Future of the Black Market

Black market cannabis is not going to disappear completely any time soon. The business is already so entrenched in decades of inter-state, international deals, alliances and conflicts that make it impossible to squash in one fell swoop. While the legal industry would probably like to erase black market marijuana from its history, it’s a futile endeavor.

Like it or not, the black market is responsible for bringing cannabis legalization to court, making it important that the government try to facilitate a legal industry, without indulging in racist scare tactics to keep cannabis cultivators and distributors from messing with the “new” business.